Veteran's Day 2022: Honoring All Who Served

Thursday, November 10th by The Junkluggers

This Veteran’s Day, November 11th 2022, we would like to thank and honor all of those who served for their sacrifice, bravery, strength, and selflessness. 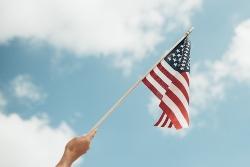 In honor of Veterans Day this year, we would like to feature our Junkluggers franchise locations who are Veteran owned and operated. These owners were able to transition their skills acquired from serving to entrepreneurship and business ownership. They continue to make an impact each day by supporting and giving back in their local communities. We thank them and all our other Veterans and active duty service members for their service.

The Junkluggers of Portland and Beaverton 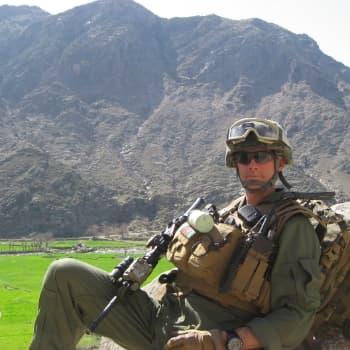 Jon served as an Infantry Officer, a Foreign Military Forces Advisor, and a Special Operations Forces staff officer in the United States Marine Corps from 1997-2020. Jon has found that his time in the military plays a role in his success as a franchisee.

“The military is essentially one big franchisor and each subordinate unit is a franchisee. The subordinate unit commanders implement the Operating Procedures that are assigned to them and they follow the guidance of their higher headquarters. But each subordinate commander (franchisee) builds their own culture and implements their own climate, much like a franchisee does. Being in the military has helped me learn the importance of training and teaching employees, and giving them responsibility that allows them to grow. By doing that, the entire organization grows.” - Jon Bossie

Jon opened The Junkluggers of Portland Beaverton in May of 2021. In his short time operating a Junkluggers business, he has been able to give back in his local community of Portland and Beaverton. Jon supports local charities such as T&C Thrift Shop and Rose Haven Women's Shelter. He sees a lot of direct impact with those charities as well as some national charities and donation centers such as Goodwill and Habitat for Humanity ReStore.

The Junkluggers of North Tampa Bay 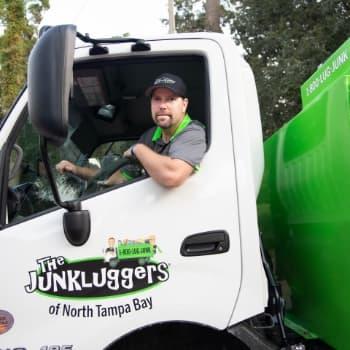 Vinny Breault served in the Army in the mid to late 90’s. Through his service, he learned discipline and resilience which translated into his work as a franchise owner.

Vinny opened The Junkluggers of North Tampa Bay in September 2020 along with his wife and business partner, Summer. Being open for just over a year, this dynamic duo has made a great impact on their local community. They work with charities, organizations, and donation centers day in and day out to keep items out of landfills, and give the items a new home to someone in need.

A strong relationship they have is with USIAHT, US Institute Against Human Trafficking. USIAHT is a not-for-profit organization committed to ending human trafficking in the United States. The Junkluggers of North Tampa Bay donates a portion of their proceeds to USIAHT to help the fight against human trafficking.

The Junkluggers of League City and Pearland 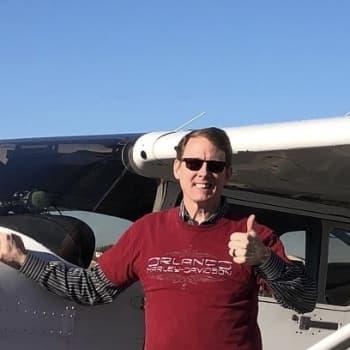 Steve Alford served in the US Army, in Desert Storm, as a Military Police from 1985-1992. Steve has found that from his time in the Army, the biggest thing that translated into his role as a Junkluggers franchise owner was the drive to do whatever it takes to get the mission or job done. Another key takeaway is being there for others whether it be your employees, partners, or customers.

The Junkluggers of League City and Pearland officially opened their truck doors for lugging in September of this year. Steve is excited to bring The Junkluggers to this area and to continue growing his network of charity partnerships.

The Junkluggers of Greater Seattle 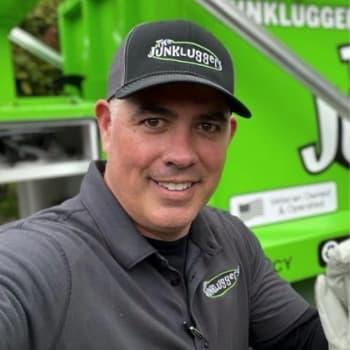 Chase learned hard work ethic, structure, and accountability while serving in the Navy and he believes it helps him better serve his community and customers with honor. Among other things in the military, Chase learned how to trust a team, be decisive and strategic, learn from experiences, and appreciate others. He wholeheartedly believes that his military experience paved a path to succeed at The Junkluggers of Greater Seattle and he is confident it shows in their services.

The Junkluggers of Greater Seattle has just opened a month ago in late September and they give back by partnering with charity and donation organizations such as The Salvation Army, Habitat for Humanity, Mary's Place, and Goodwill.

The Junkluggers of Memphis 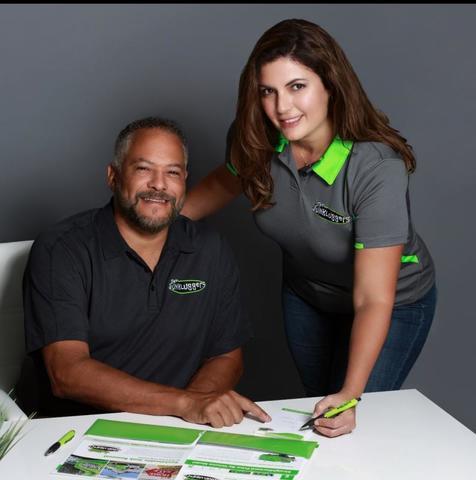 Chuck Stansberry, co-owner of The Junkluggers of Memphis, TN, is one of our newest Veteran franchise owners alongside his wife and fellow Junkluggers co-owner, Tammie. They opened for business in August of this year and are already making waves spreading our green mission across the Memphis area. Partnering with different charity and donation centers such as ER2 eWaste Recycler and Dixie Waste Paper Company Inc, this location is just beginning to make its positive impact on items that get discarded into a landfill.

The Junkluggers of Austin 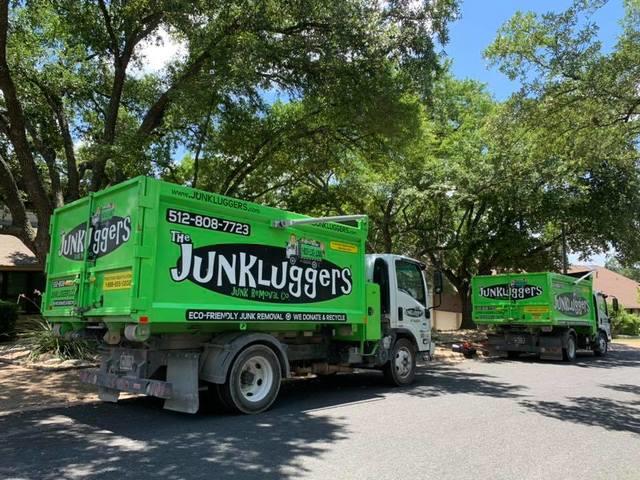 The Junkluggers of Austin is a Veteran owned business that celebrated their fifth anniversary this year! Their team brings The Green Way™ to life through recycling, donating, and giving back to their community. This includes being part of many different community events and partnering with local organizations such as Assistance League - Austin, Austin Disaster Relief, Austin Child Guidance Center, Austin Pets Alive, and many more!

The Junkluggers of Columbus 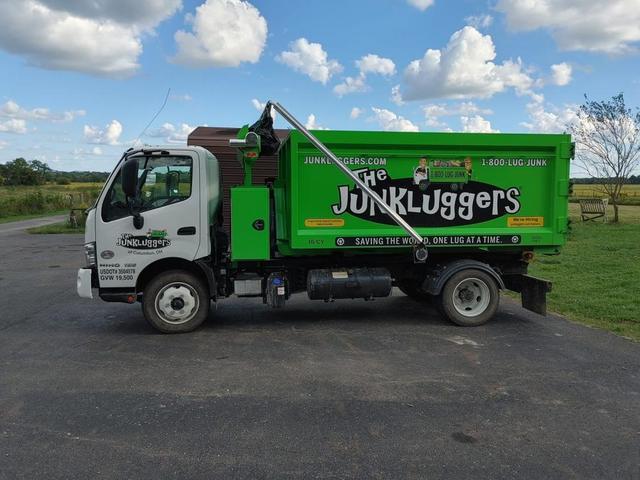 The Junkluggers of Columbus is a Veteran owned business that celebrated their first full year in operation this past September! Gary Plotts and Tricia Baker co-own this location, bringing a little more green to Ohio! Through donating, recycling, and rehoming to keep items out of the landfill, The Junkluggers of Columbus is proud to offer an eco-friendly option to remove unwanted items for their community. They are currently partnered with many different charity organizations such as Volunteers of America, Neighborhood Bridges Dublin, Welcome Warehouse, and more!

The Junkluggers of Winchester & Martinsburg

Joe Duda and his son Cameron co-own The Junkluggers of Winchester & Martinsburg in VA and WV. This location is one of our newest additions to The Junkluggers family, opening in August of this year! Joe began his military career right out of highschool in 1984 and served in the Marine Corps until 1988. His highest attained rank was Corporal and he served as a jet engine mechanic and a certified plane captain inspecting jets and working on the flight line.

Joe shared, "The Marine Corps taught me much about teamwork, leadership, and never giving up. Let us also never forget the heroes who paid the ultimate sacrifice for our great country. Happy Marine Corps birthday (Nov. 10) and Happy Veteran's Day! Semper Fi." 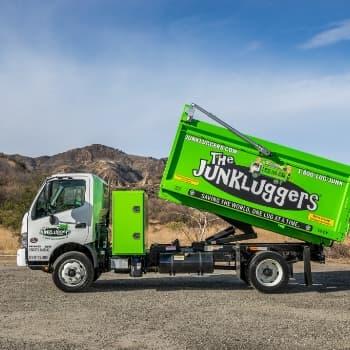 The Junkluggers of Santa Clarita Valley is a Veteran owned business that goes above and beyond to give back in their local communities. Since their opening in January 2021, they have created many networks of charity and donation partners that help them give back to their local community in California, and keep items out of landfills.

Across the country, The Junkluggers also has close relationships with many local charity and non-profit organizations that are established by Veterans or aim to support & provide them resources. Below are just some of those organizations we’re proud to partner with!