From a one-man project to a nationwide franchise 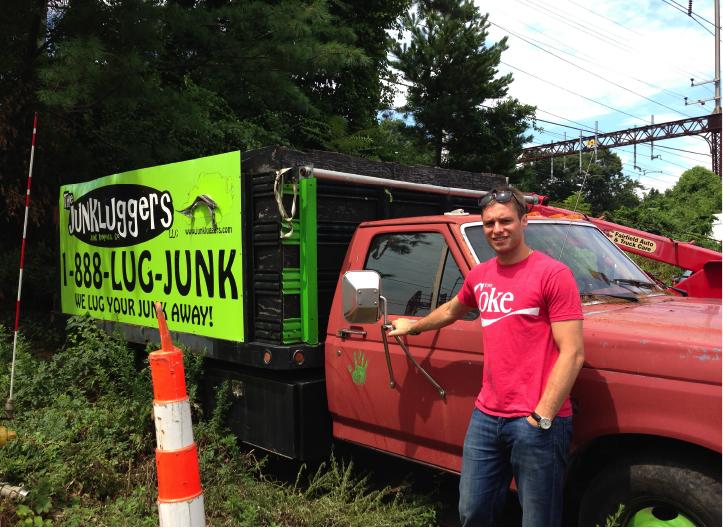 While CEO Josh Cohen was studying in Australia during a semester abroad from the University of Connecticut, the idea for The Junkluggers came to him like a bolt of lightning. He and his friends were drinking boxed wine and singing to a friend's guitar when one of them mentioned making $100 for lugging away a neighbor's fridge. Josh then thought, "Hey, I can do that!"

The year was 2004, and upon his return to the U.S., 21-year-old Josh Cohen hit the streets to hand out homemade fliers all around town, starting by going door to door informing his neighbors that he was a professional, responsible college student who was able and willing to donate or recycle as many of their items as he could. Soon, the phones began to ring and Josh quickly realized there was a demand for reliable, professional, and environmentally focused junk removal services.

He built his business from the ground up, first by borrowing his mom's SUV. Later, he would add a trailer for bigger jobs, hand stenciling the company name on the sides of the trailers wooden walls his Dad helped him build. A year later, Josh purchased Old Rusty, a (mostly) reliable dump truck that wasn't much to look at, but got the job done.

Josh was also especially passionate about his customers, and has always treated their property with care while striving to keep as much out of landfills as possible. He noticed from his very first job that the "junk" he was hauling away was often so much more than that to his customers. He saw that he was often removing memories and items that had a lot of sentimental value. Early on, he spent a lot of one on one time with one neighbor/customer clearing out her home for sale after her husband of 48 years had passed away. Another client living around the corner was cleaning out her basement after all the kids had gone to college. As Josh carefully carried items up and out, his customers would follow him talking fondly about the family memories from each box, or toy, or closet of clothes or piece of furniture. He felt a strong conviction in his heart that he couldn't just throw all of those memories in the trash. This is where the story began.